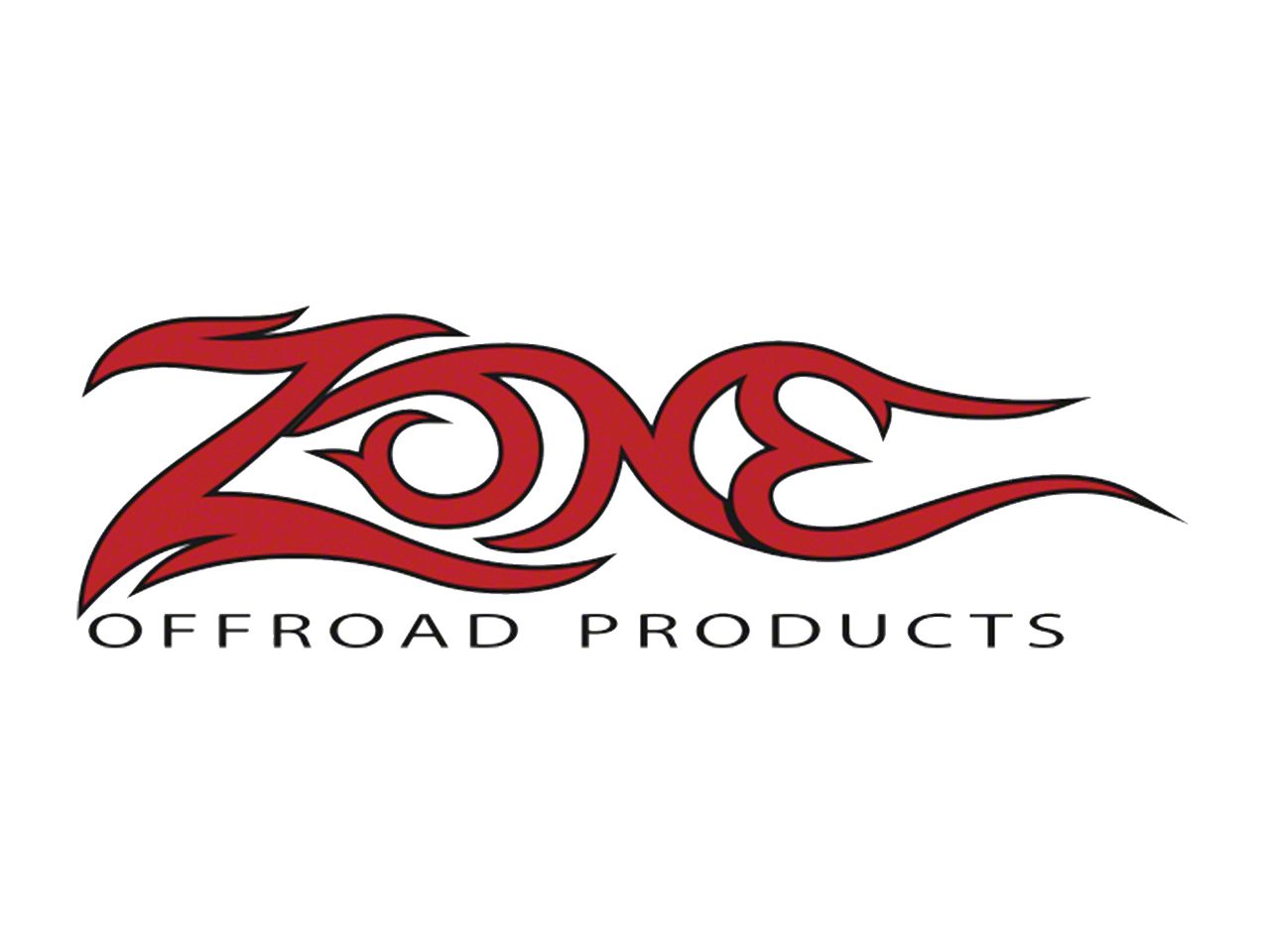 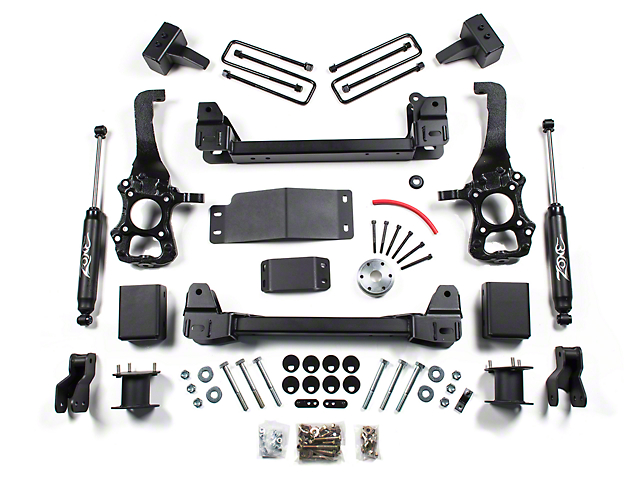 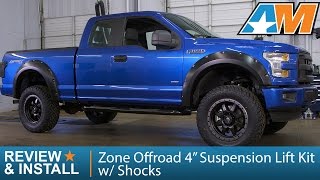 Best Stability Control. When you want an aggressive stance for your truck, but you want to maintain the factory look, you should choose the Zone Offroad 4 in. Suspension Lift Kit w/ Shocks. This kit comes with a fully compliant stability control system that will allow you to control your truck at all times on and off the road. You will find that this kit gives you a nice four-inch lift and it accommodates tires up to 35 inches and awesome ground clearance. The Zone Offroad 4 in. Suspension Lift Kit w/ Shocks is perfect for both the daily driver and the off-road weekender. This kit comes with quality parts made from heavy-duty components to ensure the kit holds up over time and provides you with a quality ride.

Nitro or Hydro Shocks. The Zone Offroad 4 in. Suspension Lift Kit w/ Shocks allows you to choose the exact shocks you want for your truck. You can choose from hydro or nitro shocks, which each provide you with the performance you need while on and off road. The hydro and nitro shocks both feature a twin tube design for function and performance.

Cast Iron Knuckles. The Zone Offroad 4 in. Suspension Lift Kit w/ Shocks comes with quality cast iron steering knuckles for you to use on your truck. These knuckles are made with quality and durability in mind.

Take a Day to Install. While the Zone Offroad 4 in. Suspension Lift Kit w/ Shocks is not considered too difficult to install, it does take about a day to do. You will find this kit comes with all of the parts and hardware needed to install it.

Application. This Zone Offroad 4 in. Suspension Lift Kit with choice of Hydro or Nitro Shocks is designed for use on all 2015 to 2016 F-150s equipped with four-wheel drive (4WD).

If I already have an RC 2" leveling kit installed do I have to remove it or can it be used to level out this kit?

Is there any trimming in the wheel well to fit a 35 without rubbing?

The video mentioned about the OEM 2-piece driveshaft, does my 15 Lariat FX4 have this? Was wondering if that Zone Carrier drop kit is included in this kit already? (Is it the one pictured here in the center right?)

Does this fit the 2017? Everything else is identical on the trucks but your discription specifically says 15-16.

Does this require any welding? Just double checking for my install guy. Thanks! 1 answer
Helpful (0) Thanks for your input! 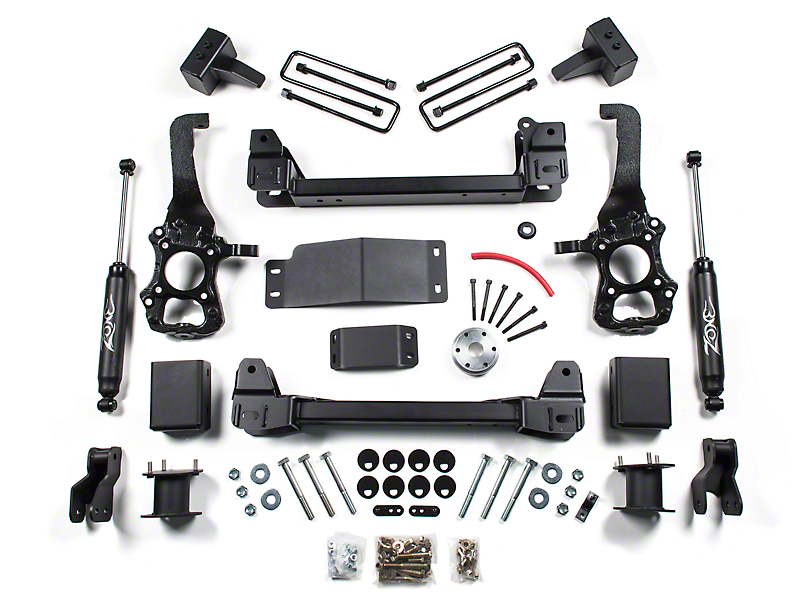