Find Front Bumpers for your F-150 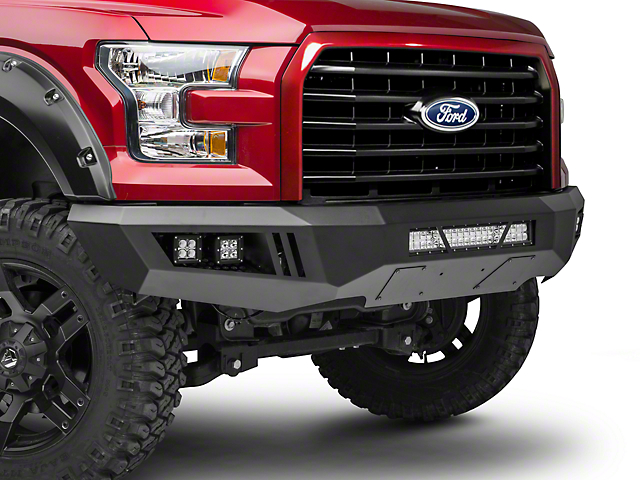 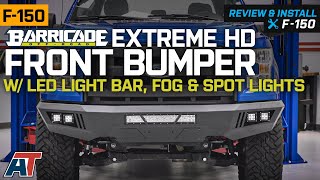 No thanks
Terms & Conditions
Back Cancel Next Don't see your  ?
Update your
Checking Fitment...
Finished!
Select a different vehicle Help?
Close
Update or Change Vehicle

Reliable Protection. Conquer the trial or work site in illuminating style with the Barricade Extreme HD Front Bumper. This rugged bumper will help protect your F-150's front end from trail hazards and ensure impressive style no matter what road or trail you roam. It features an array of integrated lights to help light the darkest trails or roads.

Easy Installation. This Heavy Duty Front Bumper install easily to factory locations without the need for drilling or modification. It includes all your necessary hardware and wiring harnesses for a quick and painless upgrade.

Technical Note. If your F-150 is equipped with the Adaptive Cruise Control (ACC) and Parking Assist Warning, the Barricade Front Bumper is not compatible with those features.

I bought my truck in December of 2016 when I had to trade in my Mustang. I needed something more practical for daily driving especially living in the North East.