First appearing at the 2012 North American Auto Show and undergoing its mid-generation refresh in 2016, the 3rd-gen 2016-2018 GMC Sierra 1500 features a new K2XX platform, fully boxed high-strength steel frame, aluminum hood and engine block, and sturdy roll-formed steel bed. A strong, hard-working platform, the Sierra 1500 has three engine choices, ranging from a 285-hp 4.3L V6 to a 420-hp 6.2L V8, with a 355-hp 5.3L V8 as the middle choice. The biggest engine enables towing 6.25 tons (12,500 lbs), while the other engines are no slackers, either. Other top features include the options for an 8-speed automatic transmission and a good-looking exterior that covers a powerful, practical, effective truck design. The 2018 GMC Sierra 1500 keeps most of the previous model year’s features, though backup cameras are now standard on all trims and a 7.0” IntelliLink touchscreen display is now found in all variants, too. Two fresh new colors, Red Quartz Tintcoat and Deep Mahogany Metallic, join the array for 2018. The eAssist package is now an available option everywhere in the USA and not just in California, too. Modders can rejoice in the fact that the GMC Sierra is just as friendly as aftermarket upgrades as it always was – and there’s a cornucopia of quality cold air intakes, supercharger kits and accessories, grilles, bumpers, bed liners, side steps, wheels, interior trim parts, and other components waiting for all your upgrading and customizing projects on American Trucks!

Originally debuted at the North American International Auto Show, the 2014 GMC Sierra 1500 was the start of the third generation of the Sierra pickup truck line. Switching from the GMT900 platform, the 2014-2018 GMC Sierra 1500 was built upon the GMT K2XX platform and offered three gasoline powered engines, which included the EcoTec3 4.3L V6 that makes 285 HP, the EcoTec3 5.3L V8 that makes 355 HP, and the EcoTec3 6.2L V8 that makes 420 HP. The EcoTec3 engines offered improved fuel economy while also bumping up the power a bit across the board. The 2014-2018 Sierra 1500 incorporated the use of aluminum into its design to reduce weight and improve fuel efficiency. The Hood, engine block, and control arms were replaced with aluminum components in 2014, helping the Sierra 1500 to shed a few pounds. The bed is made from roll-formed steel instead of stamped steel like other manufacturers use because it is lighter while also being incredibly strong. The 2015 model year also introduced the 8-speed 8L90 automatic transmission as an added option while still keeping the 6L80 automatic transmission available. The 2014-2018 GMC Sierra 1500 is incredibly modifiable and customizable as there is a large and thriving aftermarket supporting it. AmericanTrucks carries all of the parts you want and need for your Sierra 1500 and can help you upgrade everything from the seats and interior trim, to the bed and the wheels. We are powered by a team of enthusiasts who know the Sierra 1500 inside and out and would be thrilled to discuss your next mod over the phone, all you have to do is give us a call. Request a free catalog to get mailed to your house today to see all of the new GMC Sierra 1500 Parts available. 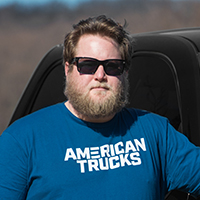 Growing up, my Dad always had Chevy or GMC trucks. Once I could save up enough money to buy one, I got a 2008 GMC Sierra, SLT, 1500 series, with the Z71 off-road package.
Previous Slide Next Slide SEE ALL PROFILES
Close

Request your Free Sierra 1500 Catalog in under a minute 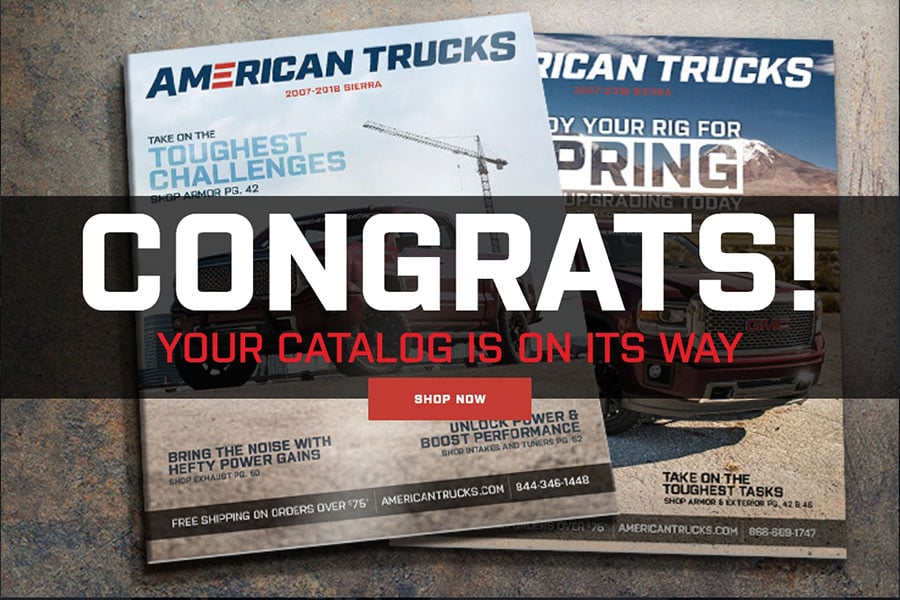