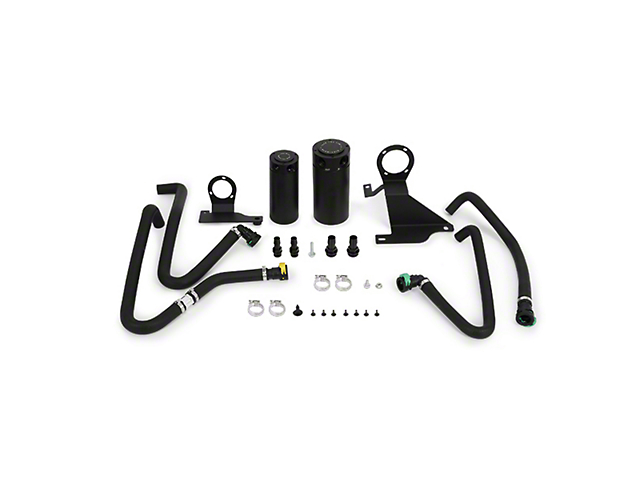 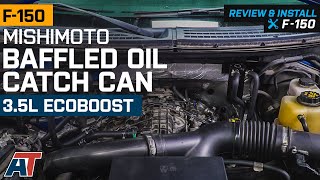 Prevent Damaging Engine Sludge. Prevent engine sludge build-up due to positive crankcase pressure venting with the Mishimoto Baffled Oil Catch Can. Vented crankcase fumes inevitably carry a certain amount of vaporized oil with it, which can accumulate into engine sludge over time. This oil separator works by re-routing engine vapors meant for re-combustion, allowing its vaporized oil to collect and settle in its catch can. By doing so, this catch can system effectively prevents engine sludge build-up, extending the life of your engine.

Innovative Design. The Mishimoto Baffled Oil Catch Can features a unique bronze filter capable of filtering out particles as small as 40 microns. Its internal surfaces are beveled, creating turbulence that expedites oil condensation, while an aluminum baffle ensures all oil and unwanted particles are completely separated. Lastly, this catch can system uses 2 catch cans - 1 on the PCV side and another on the CCV side for maximum oil separation.

Rugged Build Quality. The Mishimoto Baffled Oil Catch Can is CNC-machined from 6061 billet aluminum for durability. This oil separator comes with heavy-gauge, black, powder-coated steel brackets for long life. Finally, this oil catch can is hard anodized in black for superior corrosion protection, as well as a great look under the hood.

Simple Installation Without Modification. The Mishimoto Baffled Oil Catch Can installs on preexisting locations in your F-150 truck. No modifications are needed on your vehicle for installation. This catch can assembly comes with all the necessary hardware for an efficient installation.

Reviews of Mishimoto Engine products have an average rating of 4.1 out of 5 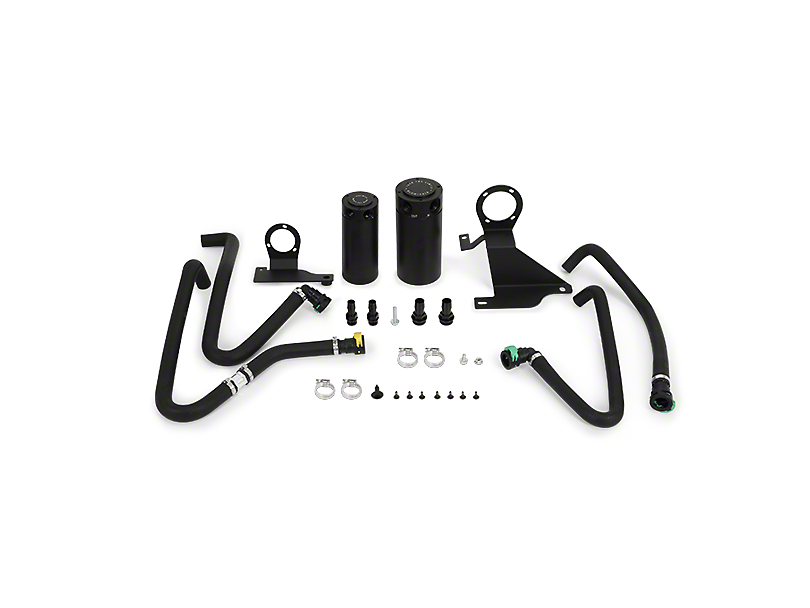