Everything You Need to Know About Your EcoBoost F-150

The EcoBoost engine is already a powerhouse, but if you're looking for more there's more to be had. Cold air intakes and throttle bodies are more basic mods where upgrading your turbo and/or intercooler are more elbows deep (maybe waist deep), involved mods.

The EcoBoost F-150 showed enthusiasts a turbocharged 6-cylinder could be just as potent as an N/A 8-cylinder. This guide will go over everything you need to know about the EcoBoost F-150. 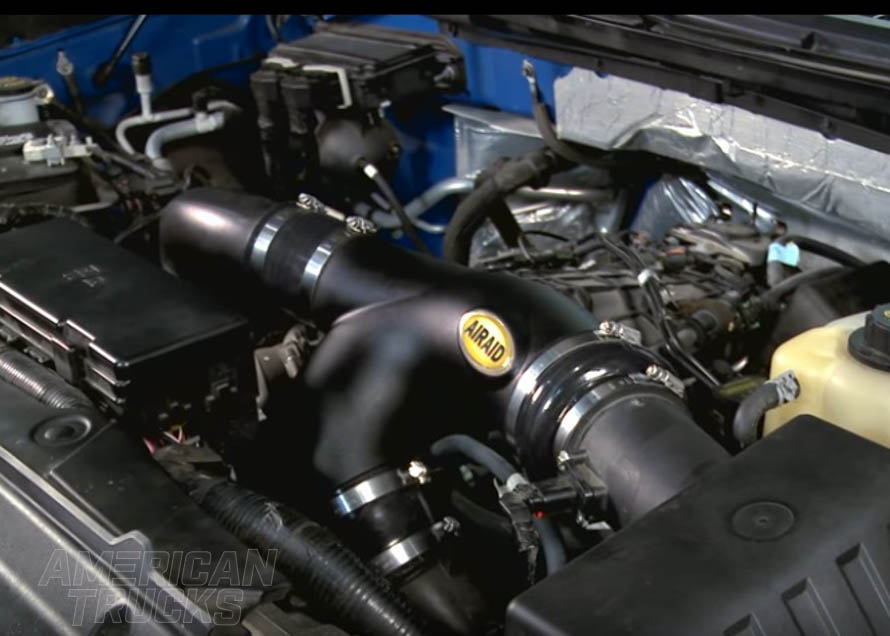 The main selling point of the EcoBoost F-150 is it's a solid alternative to the V8 coyote sourced engine. The 2.7L and 3.5L EcoBoost engines are able to produce similar power and torque to a V8 while consuming less fuel.

Thanks to a twin scroll turbocharger and direct fuel injection, EcoBoost F-150s are able to overcome the disadvantages of naturally aspirated, small displacement, 6-cylinder engines and create equal output to naturally aspirated V8 engines. Considering how you can get an EcoBoost F-150 cheaper than a V8 F-150, it’s no surprise they are becoming as popular as they are. 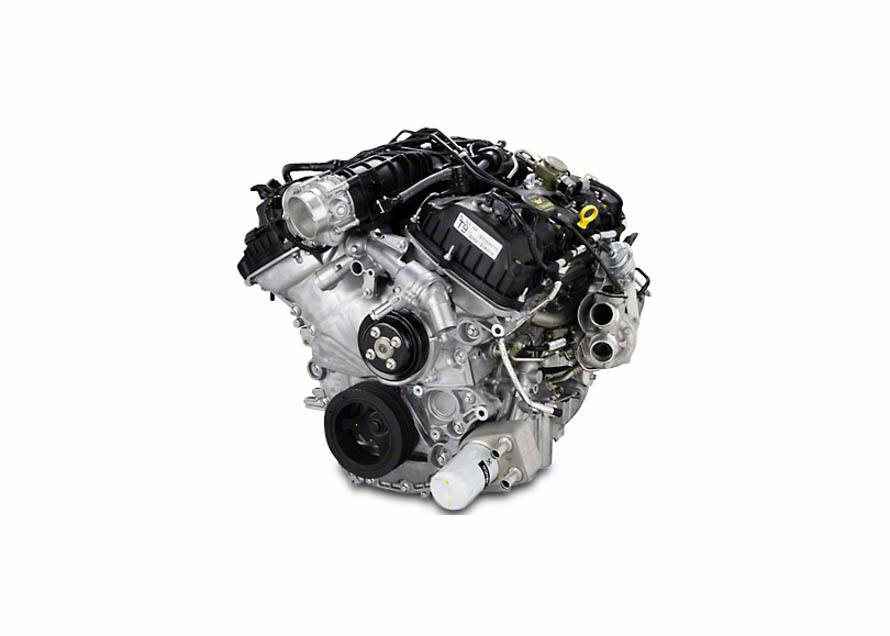 How to Identify an EcoBoost Engine

Imagine for a second you pop the hood of a V6 F150 to check out its powerplant without looking at the badges on the side of the body. Would you be able to distinguish an EcoBoost engine from the 3.3L Ti-VCT V6 powerplant?

Frankly, it’s pretty easy to do once you know what you’re looking for. Look for the twin scroll turbochargers fitted to the EcoBoost, plain and simple. The 3.3L Ti-VCT V6 is naturally aspirated, meaning it will lack any sort of turbocharger. Easy stuff.

As for those of you who want to know what turbos Ford decided to use on the EcoBoost, they're Borg Warner K03s.

What is Ti-VCT & Does My EcoBoost Have it?

Everywhere you look, the term Twin independent Variable Cam Timing (Ti-VCT) is plastered throughout the details and spec sheets of the Ford EcoBoost 2.7L and 3.5L engines, but what does it mean?

Twin independent Variable Cam Timing means the engine allows for the intake and exhaust valves to remain open for a fraction of a second, overlapping each other. This overlap allows new fuel to mix with the escaping exhaust gasses, which improves torque and improves emissions. Seriously, it means 15% lower C02 emissions.

The TI-VCt technology comes standard in the 2.7L and 3.5L EcoBoost engines, but is also a key player in the naturally aspirated 3.5L V6 and 5.0L V6 engines.

The 2.7L and 3.5L EcoBoost F-150 are able to haul their share and then some thanks to their turbocharged torque output. The EcoBoost F-150’s payload rating (which is how much it can carry on/in the truck) and towing capacity (how much the F-150 can tow through the trailer hitch) is enough to put the competition's entire engine lineup to shame.

How to Improve the Acceleration of an EcoBoost F-150

Both the 2.7L and 3.5L version of the EcoBoost F-150 offer a good bit of power and acceleration out of the factory, however they both can benefit from some simple mods that will improve overall performance. Upgrading your EcoBoost F-150’s cold air intake and pairing it with a custom tune will allow it to take in more air, which will help the turbocharger work harder, produce more power, and also improve throttle response as well as fuel economy.

Swapping out the throttle body will add some power while also enhancing throttle response. Replacing your EcoBoost F-150’s downpipe with a less restrictive aftermarket one will allowing the twin-scroll turbocharger to work more efficiently and give you a healthy bump in horsepower and torque, while also changing the exhaust note considerably. An off-road downpipe will not have a catalytic converter and will not pass emissions testing, however it will add more power than a catted downpipe and sound much louder as well. 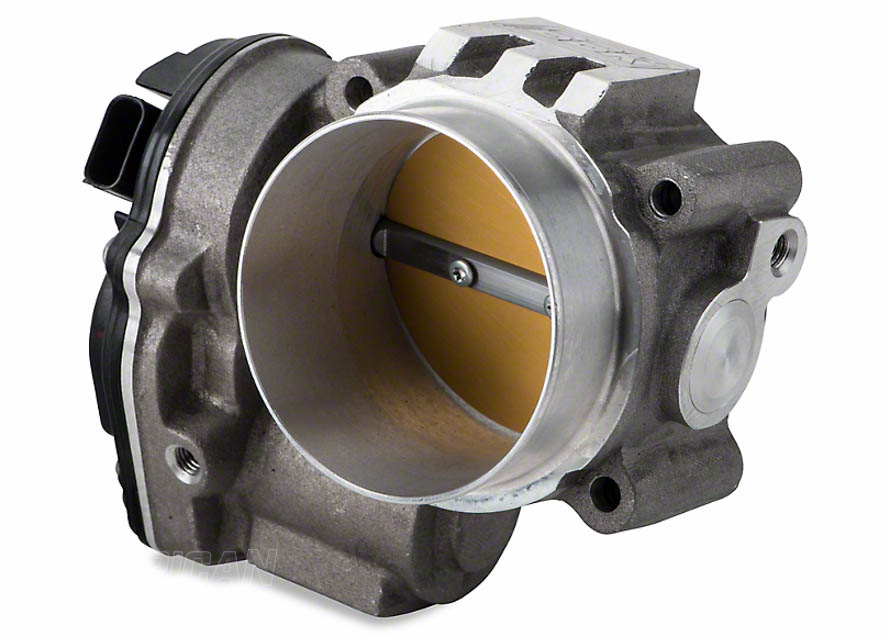 The easiest way to add power to your EcoBoost F-150 is by swapping out the turbocharger for a larger unit. A bigger turbocharger will make much more power than the stock one, however you may incur or increase turbo lag and will test the limits of the EcoBoost engine block. 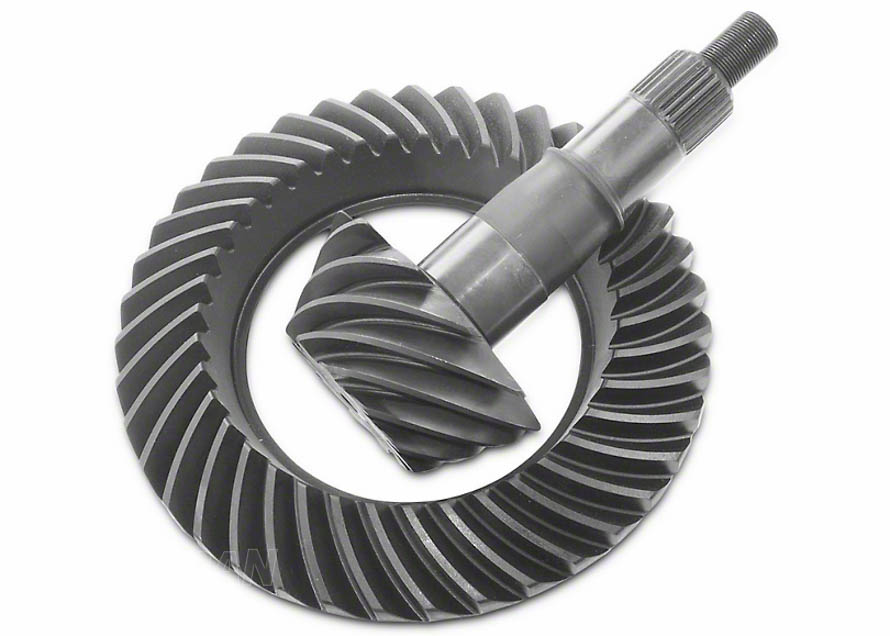 How Many MPGs Does an EcoBoost F-150 Get?

One way you can improve the fuel economy of your EcoBoost F-150 is by adding a custom tune. A custom tune is uploaded via a handheld flash tuner and can change multiple parameters in your F-150’s computer, reprograming it to perform better than stock.

Replacing the stock twin-scroll turbocharger with an aftermarket turbocharger will allow your EcoBoost F-150 to make more power, but it may reduce fuel economy and the longevity of your engine depending upon how much boost you run. While there is no official word how much power an EcoBoost engine can hold, some forum users have reported the 2.7L EcoBoost giving out about 430 HP and the 3.5L giving out about 500 HP.

If you do replace the stock EcoBoost turbo with an aftermarket one, you will also need to upgrade some other things on your F-150 such as the fuel injectors, intake, spark plugs, intercooler, throttle body, downpipe, and tune to get the most out of it. The turbo system is mainly comprised of the turbocharger, intercooler, hot side and cold side piping, and the downpipe.

How Does the EcoBoost F-150 Intercooler Work?

The EcoBoost F-150 functions mechanically just like any other turbocharged application and needs to use an intercooler to get the most out of its turbo. The F-150 EcoBoost intercooler takes the hot air produced from the turbocharger and cools it down before feeding it back into the engine.

Direct injection F-150 engines shoot fuel directly into the cylinder/combustion chamber instead of shooting it above the chamber and above the valves (which is port fuel injection). Adding fuel directly into the combustion chamber allows for more power since the fuel burn is more efficient. The overall process is very efficient in terms of power creation and fuel economy when compared to port fuel injection.

Common Problems with the EcoBoost F-150

The EcoBoost F-150 has three main parts to the exhaust system:

The downpipe scavenges the exhaust gases out of the engine/turbocharger and feeds them to the y-pipe that merges both exhaust pipes into one, sending it down through the cat-back and out the muffler. The factory downpipe can be replaced on your F-150 for one that either has catalytic converters or an off-road, uncatted version. Replacing the downpipe no matter what will provide you with performance benefits, but an off-road downpipe will give you larger increases in power and throttle response.

The stock y-pipe on your EcoBoost F-150 can be a choke point in your exhaust system as it merges the two exhaust banks worth of gases into one pipe and feeds it through the rest of the exhaust system. A larger y-pipe will make your F-150 louder and also add a small 5-12 HP bump.

The cat-back on your EcoBoost F-150 really helps to define the entire sound of it. An aftermarket EcoBoost cat-back system will free up anywhere from 5-15 HP and give you a deeper exhaust note that will be noticeably louder.

A popular modification amongst all F-150s including EcoBoost models is adding a lift kit or a leveling kit. Adding a leveling kit to your F-150 will give you a small bump in ride height (anywhere from 1”-2.5”) while also removing the factory rake, giving your truck a level appearance. Leveling kits are an easy way to add ground clearance to your F-150 and will also allow you to fit a 35” tire.

For many enthusiasts, adding a leveling kit isn’t enough, especially for those who want to take their F-150 off-road or have a considerable amount of ground clearance. Adding a lift kit to your F-150 can add anywhere from 1” to 6” of ride height to your truck allowing you to fit much larger tires and climb over much taller barriers. When adding a lift kit, you may want to also consider upgrading your driveshaft as well to accommodate for altered drivetrain geometry.

You can add a set of 35” tires to your EcoBoost F-150 by adding any one of the following mods:

35” F-150 tires are more than just an aggressive visual upgrade. A set of 35” tires on your EcoBoost F-150 will give you greater off-road capabilities than stock and enhance daily driving as well with the increased contact patch.

Both the 2.7L and 3.5L EcoBoost F-150 engine were built to last just like all of Ford’s products. While there is no definitive amount of mileage for how long an EcoBoost engine can or will last, especially a modded one, there has been growing information on how current ones are doing based on independent research. Some forum users have seen as high as 200,000 miles on the odometer with no issues outside of the regular maintenance and replacing your typical truck parts.

While mileage in the hundreds of thousands may not be the case 100% for all owners, EcoBoost F-150 owners have seemed to have no issue adding an intake, tune, and exhaust and still seeing stock like reliability and longevity out of their trucks. A lot of this comes down to the quality of the tune, but it is still a testament to the build quality of EcoBoost F-150s.

When Should I Think About Rebuilding My EcoBoost Engine?

The EcoBoost engine at the heart of your F150 has a long list of responsibilities, and without solid reliability from a fresh engine, it can fail to maintain said responsibilities. That said, when you’ve put a large number of miles on your EcoBoost, a rebuild will be necessary. When exactly? Well, there are a few things to consider here.

With routine maintenance and care for your F150’s engine, there’s no question it can last well over 200,000 miles. Light driving will go a long way in extending the life of the EcoBoost powerplant too, meaning that skipping on heavy towing and regularly smashing the gas pedal will reduce the stress put upon the engine and increase longevity. Over time, engine bearings (such as on the crankshaft, rods, and pistons) wear out and so do piston rings.

The best way to determine when it’s time for a rebuild is to watch for symptoms of these pieces wearing, which includes piston knocking—a loud “knocking” sound from the engine— and excessive “blow by”, which is crankcase oil that makes its way past worn piston rings and causes blue smoke in the exhaust pipe. These are the two obvious signs of a needed rebuild, but general lack of performance and poor fuel economy can point in the same direction.

Not only is the price a great price, but the install video completely sold me! I'll be buying all of my parts moving forward from American Trucks! 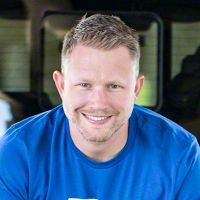