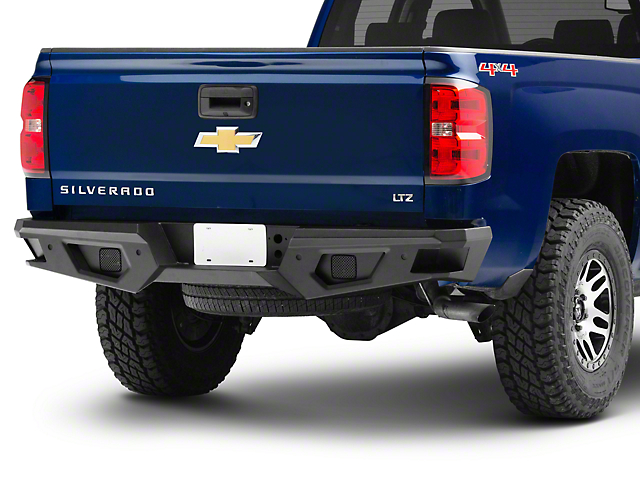 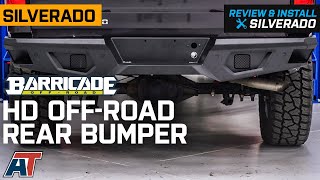 Heavy-Duty Construction. Crafted from a heavy-duty, steel pate and tube construction, the high-grade, textured black, powder-coated finish ensures a long-lasting performance. You won’t have to worry about extreme weather exposures causing rust or corrosion. Built with precision and manufacturing excellence, the Barricade HD Off-Road Rear Bumper is guaranteed to make a statement everywhere you go.

Installation. This installation is a simple, bolt-on application that requires basic garage tools and can be completed in 2 hours. For installation ease, quality hardware is included.

Application. The Barricade HD Off-Road Rear Bumper is built to be a direct fit for all 2014-2018 Chevrolet Silverado 1500 models. This Rear Bumper is designed to work with models that are equipped with or without rear mounted backup sensors.