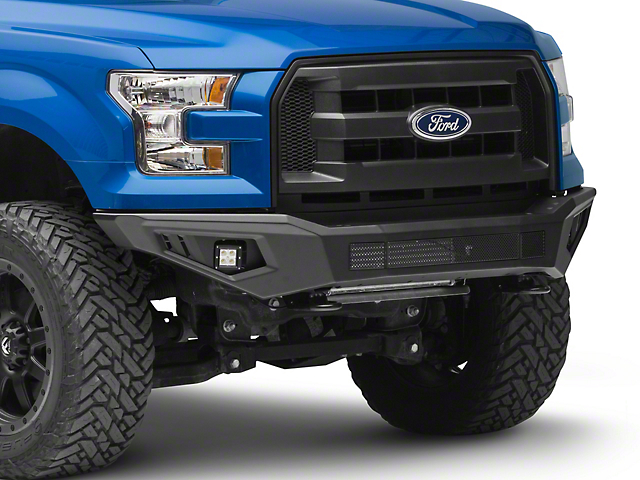 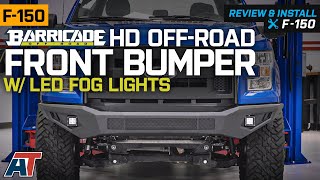 Business in Front. Your 2015-2017 Ford F-150 is a vehicle that is made for heavy-duty work. So get a bumper that’s made for the same with the Barricade HD Off-Road Front Bumper with LED Fog Lights. Its rugged off-road design is equal parts cool and strong, while the added LED fog lights keep you seeing clearly at night.

Black Finish. The textured black, powder-coat finish protects it from scratches from the road and corrosion that would be incurred from weather. It gives a rugged look that screams cool for your F-150.

Heavy-Duty Build. This bumper is protected from damage thanks to its durable tubular steel design and lasting plate steel on the interior. Its rugged design protects your truck from the things that go bump on the road.

Bolt-On Installation. This bumper is completely bolt-on, which ensures you don’t need to cut or drill anything to install these. Allow about 2 hours to put these in, and having a friend help you might be a good idea. Minor mechanical expertise is needed.