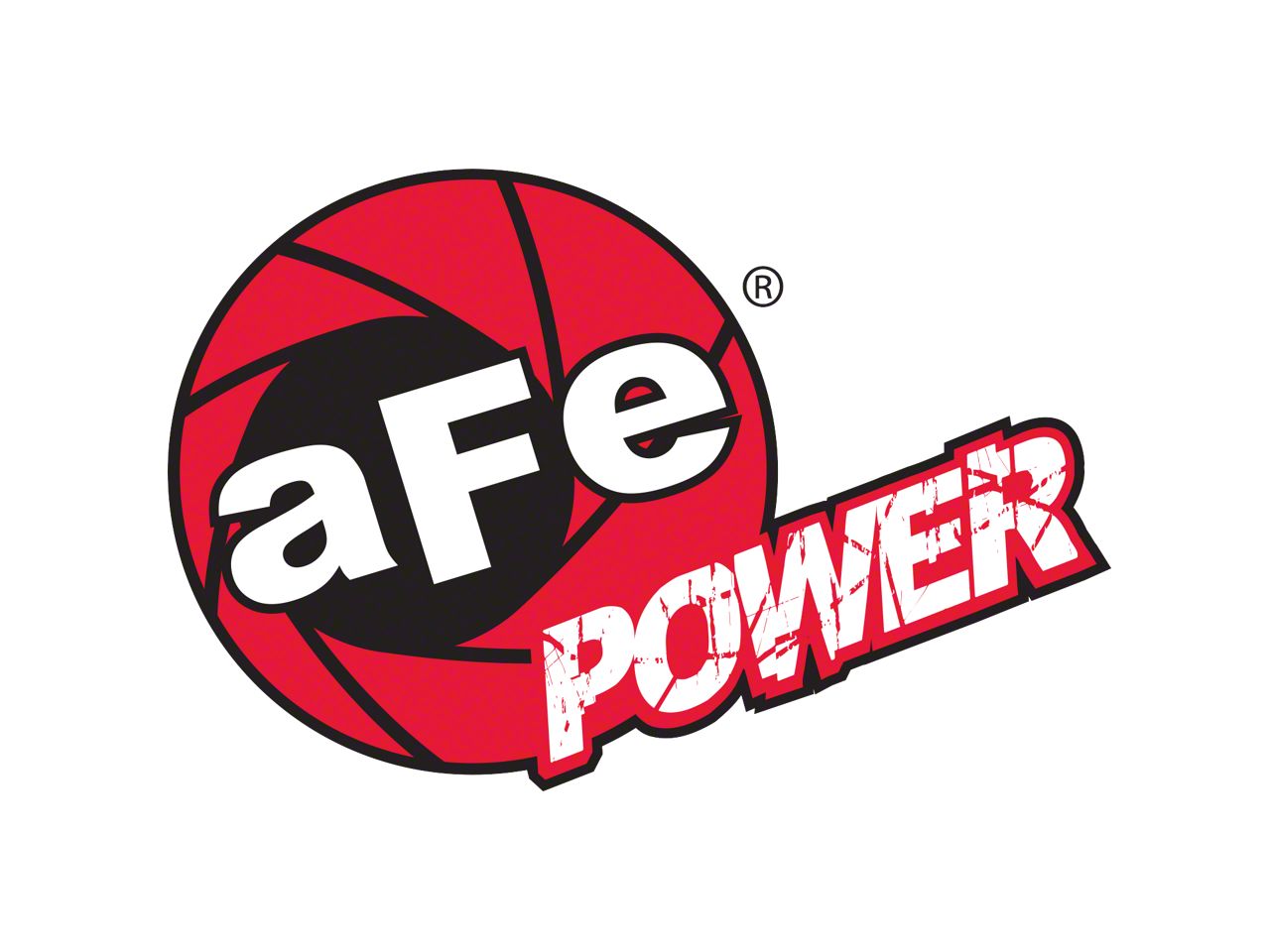 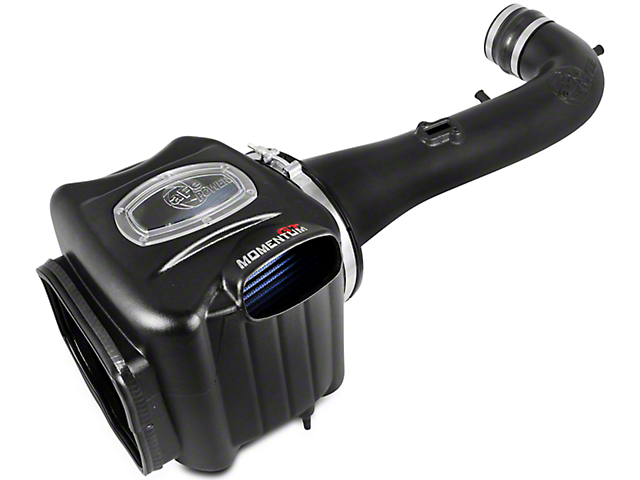 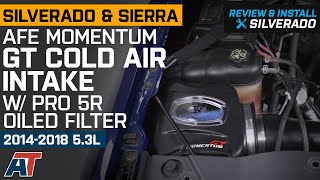 Max Quality. Developed with top quality and simplicity in mind, the Black aFe Momentum GT Pro 5R Cold Air Intake is an intake with a difference. This advanced single-piece design makes it a great choice for improving your Silverado's performance, efficiency, and sounds.

They Thought of Everything. aFe's sealed-box approach does a great job of isolating the intake from that last bit of hot underhood air. Parts are kept to an absolute minimum, which both eases installation and reduces maintenance. An auxiliary air scoop gathers even more air than would be possible otherwise. This cold-air intake flows so well that aFe includes a manual blocking plug for the auxiliary air scoop. You'll appreciate this in severe winter driving when there's just too much cold air.

Application. This Black aFe Momentum GT Pro 5R Cold Air Intake is designed to be used on the 2014-2018 Chevy Silverado equipped with either the 5.3L V8. This cold air intake is 50-state legal, under CARB EO Number D-550-13.