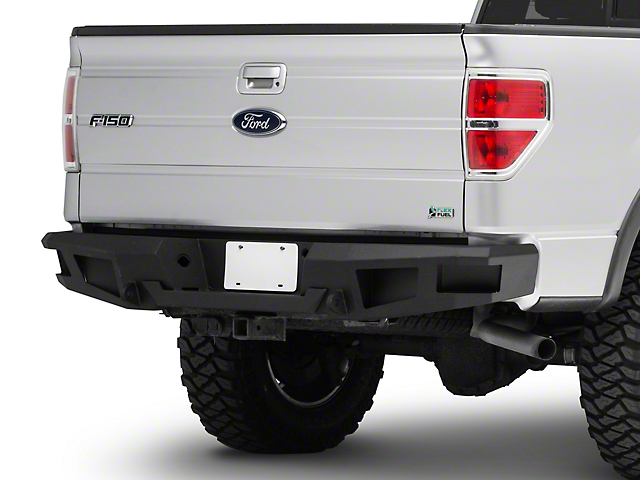 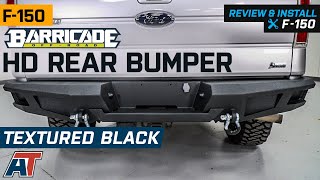 Rugged Style and Protection. If your 2009-2014 Ford F-150 sees use both on and off-road, you should replace that wimpy factory rear bumper with one that can handle the extra abuse. This Barricade HD Rear Bumper is designed to provide excellent protection from all kinds of hazards, while adding rugged styling to your F-150. This Barricade Bumper is ideal for those who don't shy away from adventure where ever it may be found.

Easy, Bolt-on Installation. Barricade Rear Bumpers were engineered to be a direct bolt-on upgrade replacement for your original stock bumper reusing the factory mounting points. There is no cutting or modifications required for a simple straight forward install. With the help of a friend and a set of basic hand tools this Barricade HD Rear Bumper can be installed in about two hours.