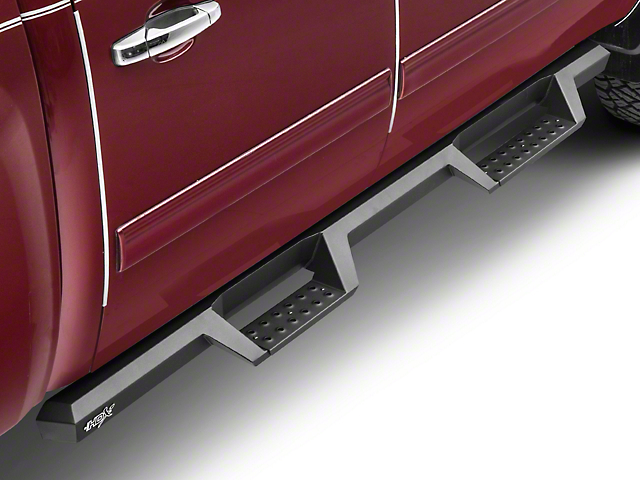 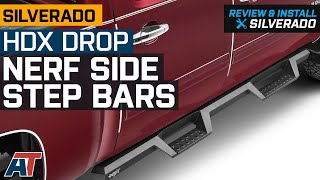 Solid Construction. These HDX Drop Nerf Step Bars - Textured Black not only provide secure stepping to your truck, but will turn heads with its bold styling. These steps bars features a one-piece steel construction and coated in a textured black powdercoated finish. The machined construction paired with a stamped tread pattern on the surface provide for extra grip and reliability.

Outbeats the Competition. These HDX steps provide an additional 2" of stepping area over the competition. Not only that, but they add instantly styling to any truck. Manufacturer also crafted these steps to be wide and slip-resistant to give you a firm foothold on your vehicle. Die stamped for easier cleaning, the Nerf Step Bars also provide light protection to the rocker panels and the lower door areas of your Silverado.

Simple Installation. Each pair of these drop steps comes with a vehicle-specific mounting kit and installation hardware for a seamless install. The entire process should take approximately one hour to complete.

Lifetime/3-Year Warranty. These step bars are covered by Manufacturer's lifetime warranty on the steel construction and a 3-year warranty on the textured black powder coat finish.

Not Compatible with the 2007 Silverado 1500 Classic Model.

Check if this fits your exact Truck above

4.7 out of 5 overall rating from 3 customers 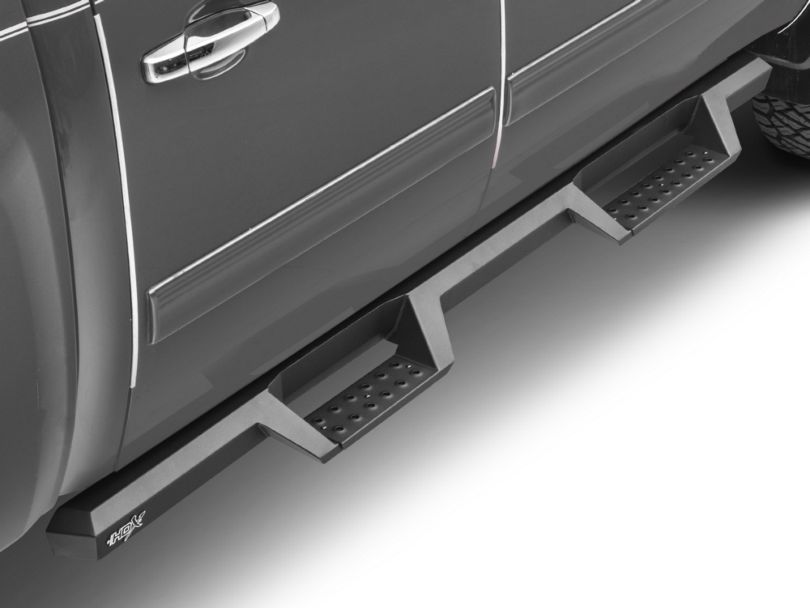 Not only is the price a great price, but the install video completely sold me! I'll be buying all of my parts moving forward from American Trucks!