Item T536484
Close X
Enter Your Email to Save Products.
Saved to My List 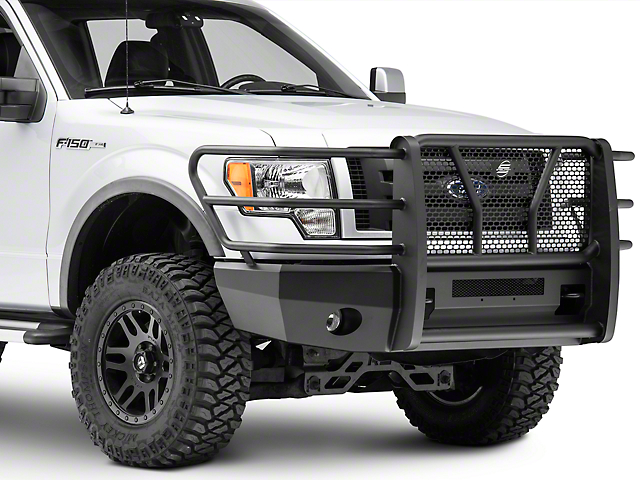 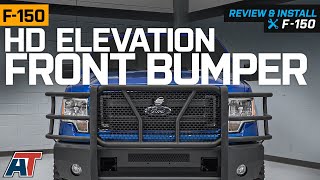 Intimidate. Give your off-road machine the mug that it deserves. These HD Elevation Front Bumper is the perfect addition to your vehicle's face for the ultimate in front-end protection with that highly-aggressive look of outdoor and off-road non-stop power and strength. Drivers will go weak in the knees from your vehicle's look of intimidation.

The Wrap Around. This HD Elevation Front Bumper delivers a one-piece welded designed for a hard edge, wrap-around-style frame. Manufactured to accommodate your specific vehicle make and model, the bumper has a superior engineered flat steel construction. The unit comes ready to accommodate 20-inch double row LED lights and is designed for you to keep your stock tow hook, fog lights, and license plate. The bumper is completely E-coated and black powder-coated, and has under gone a texture 1 matte finish for the ultimate shielding against corrosion and wear.

Direct Bolt-On Installation. The HD Elevation Front Bumper commands a direct bolt-on installation. Detailed installation instructions and hardware are included. Be advised, the bumper is heavy and assistance might be needed.

2-Year Limited Warranty. The manufacturer covers this HD Elevation Bumper with a 2-year limited warranty against all defects in materials and workmanship. Please refer to the manufacturer's website for further information and details.

Freight Notes. Freight items can only be shipped within the continental 48 states, no expedited methods. What is freight shipping? Your Answers are Right Here!.