The fourth generation Ford F250 Super Duty is the first all new F250 platform since the truck’s debut in 1998. New frame, new body, more power, same Ford reliability. The frame is constructed out of high strength steel frame while the body is military grade aluminum alloy. This might sound familiar, and in truth it should. The F150 shares the same construction. In fact, the trucks share more than that. The cabs between the two are interchangeable. This marks the first time the F150 and F250 Super Duty share part of their bodies. The differences are in the front end along with the engine.

For starters, the F250 has done away with the old front grille and the stepped front fenders. The 2-bar grille has been widened, and like the F150, is integrated into the headlight design. In fact, a quick way to identify the two trucks is the headlights. The F250 headlights are taller to accommodate the grille even though they’re the same style as the F150. Like the F150, the aluminum body lightens the F250 by 350 lbs. in comparison to the 2016 Super Duty. Where the body was lightened, the engines were pushed further. The 6.2L makes 385 horsepower and 430 ft-lbs of torque for this generation. The 6.7L Power Stroke diesel makes 440 horsepower and 923 ft-lbs of torque. To accommodate these changes, Ford strengthened the driveshafts, axles, braking system, and transfer case.

Request your Free F-250 Catalog in under a minute 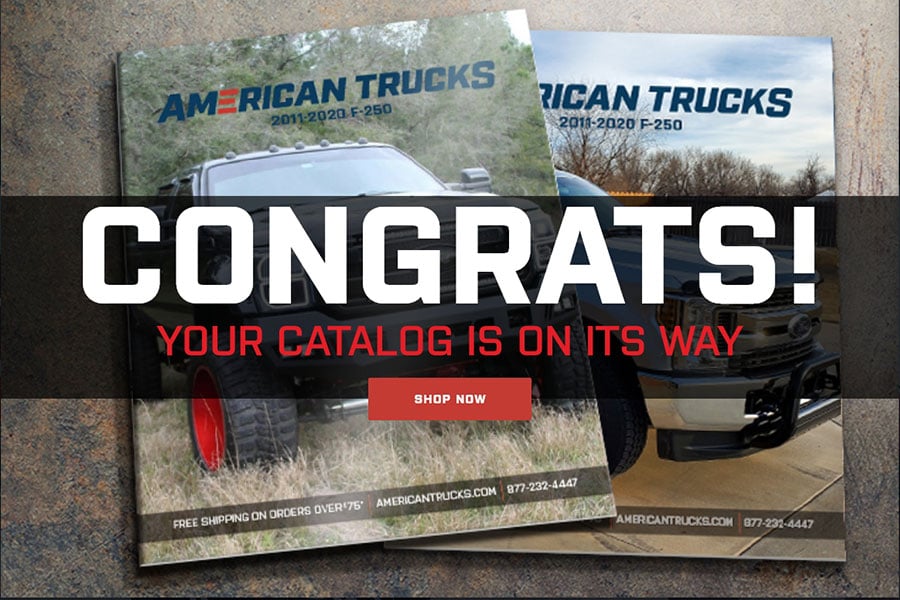