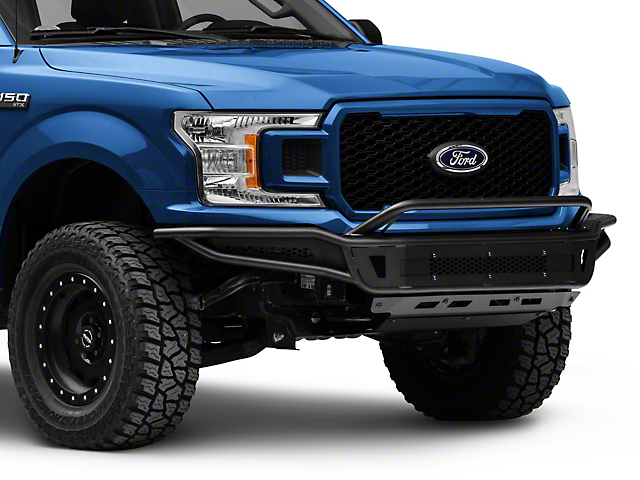 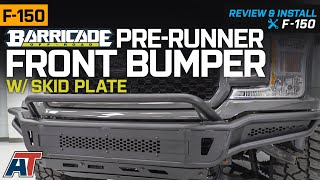 Enhances the Truck’s Off-Road Appeal. With the Barricade Pre-Runner Front Bumper With Skid Plate, your Ford F-150 will be ready to take on the toughest off-road terrains. This front bumper and skid plate combo is built to beef up your vehicle’s fortification, as well as give it a distinct rugged appearance. Plus, it’s designed for ease of installation, so you can hit the trails once the bumper is secured to your vehicle.

Built to Withstand the Elements. No matter how exposed to the elements the front bumper is, it won’t be easily damaged. This is because the entire bumper is crafted from a durable material, making it the perfect upgrade for extreme off-roading applications.

Includes a High-Quality Skid Plate. A high-quality and sturdy skid plate is included with every purchase of this kit. Thanks to this, you can ensure that your truck’s underside is protected against sharp rocks, fallen logs, and other road hazards.

Installation Is Easy. This kit comes complete with all the necessary hardware, so you won’t have a difficult time mounting the front bumper onto your vehicle. However, since a skid plate is included, the entire task will take 3 hours to complete.