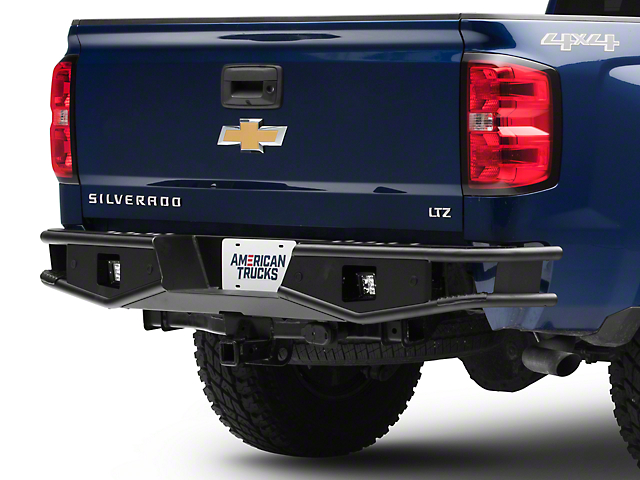 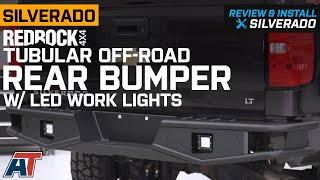 Bolt-on Installation. Red Rock 4x4 designed their Tubular Off-Road Rear Bumper to be a direct bolt-on upgrade for your Silverado. As a direct fit replacement, this Red Rock 4x4 Rear Bumper uses all factory mounting points and requires no additional cutting, welding, or fabrication. Installation can be completed in about 2 hours time.

Application. This Red Rock 4x4 Tubular Off-Road Rear Bumper with Work Fog Lights is designed to fit 2007-2018 Chevrolet Silverado 1500 models. This Rear Bumper is designed to work with models that are equipped with or without rear mounted backup sensors.

Reviews of RedRock 4x4 Exterior products have an average rating of 4.4 out of 5