Find Rear Bumpers for your Silverado 1500 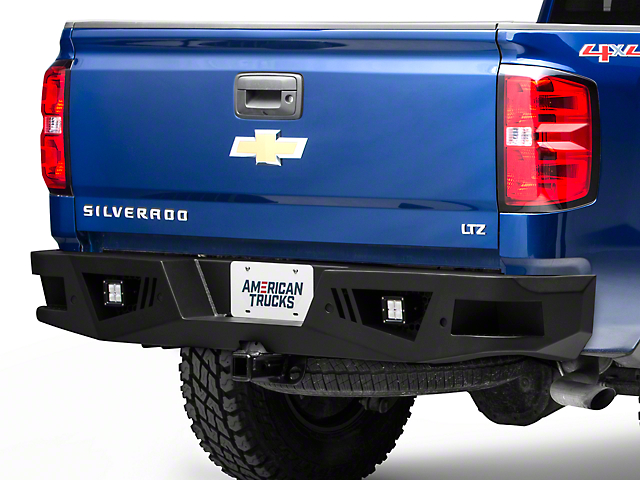 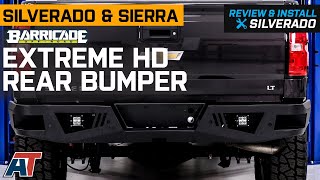 Style and Protection. Does your Chevy Silverado pull double duty on the street and on the trails? If so, you may want to replace that inferior stock rear bumper with one that can handle the extra abuse. The Barricade Off-Road Extreme HD Rear Bumper will provide excellent protection from all kinds of off-road hazards while giving your Silverado rugged styling. Featuring integrated high powered LED lighting, this heavy duty Barricade Bumper is perfect for those who don't shy away from adventure.

Easy, Bolt-on Installation. Barricade Off-Road Rear Bumpers were engineered to be a direct bolt-on upgrade replacement for your Silverado's original stock bumper reusing the factory mounting points. There is no cutting or modifications required for a simple straight forward install. With the help of a friend and a set of basic hand tools this Barricade Extreme HD Rear Bumper can be installed in about two hours.

Application. This Barricade Off-Road Extreme HD Rear Bumper with LED Lights is designed to fit all 2007-2018 Chevy Silverado 1500 models. This Rear Bumper is designed to work with models that are equipped with or without rear mounted backup sensors.

I purchased my 2012 Silverado LT towards the end of 2012. I previously had a 2004 Corvette that no longer fit my lifestyle hauling kids from sporting event to sporting event. I needed a vehicle which was more dual purpose, but I didn’t want a “work truck”.
Previous Slide Next Slide SEE ALL PROFILES
FREE SILVERADO 1500 CATALOG! TRANSFORM YOUR RIDE TODAY Request Now