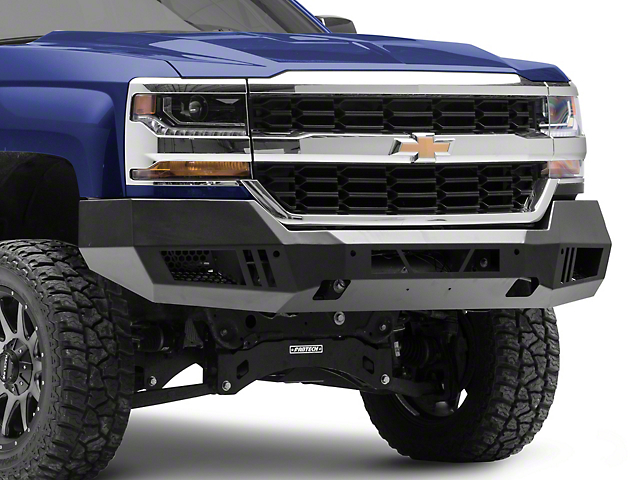 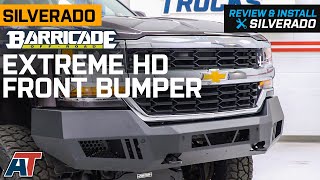 + $75.00 Handling Fee with FREE Shipping
Back Cancel Next Don't see your  ?
Update your
Checking Fitment...
Finished!
Select a different vehicle Help?
Close
Update or Change Vehicle
In Stock
Sorry, please enter a valid US or CA postal code
We're sorry, zip can't be updated at this time.
Add to Cart
Save for later
Create a list
Add to New List

Direct Bolt-On Installation. Barricade engineered their Extreme HD Front Bumper to be a direct bolt-on replacement for the original stock bumper reusing the factory hardware and mounting points. There is no cutting or modifications required for a clean straight forward installation. Installation can be completed in about 2 hours with just basic hand tools and the help of a friend.

Application. This Barricade Off-Road Extreme HD Front Bumper was designed for use on the 2016-2018 Chevrolet Silverado 1500 models.

Would like to know about fog light installation and the best type to use for this particular bumper. Thanks, JL

Will the side lights from my current 2016 silverado bumper fit this aftermarket bumper?

Hello. I live in Wisconsin where they use a LOT of salt on the roads in the winter. How corrosion resistant is the Barricade Extreme bumper? Thanks.

What size light bar does it hold?

4.3 out of 5 overall rating from 6 customers 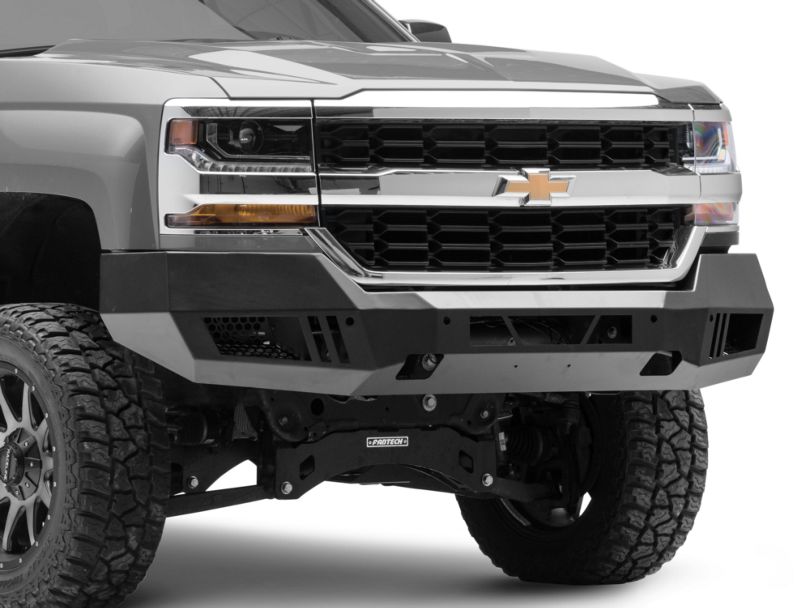