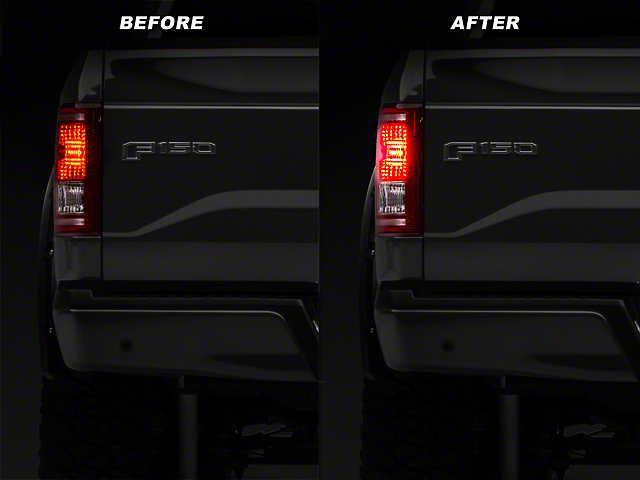 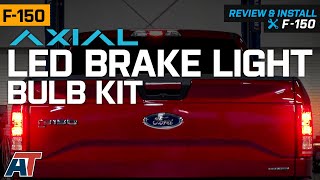 FREE Shipping on orders over $75
Back Cancel Next Don't see your  ?
Update your
Checking Fitment...
Finished!
Select a different vehicle Help?
Close
Update or Change Vehicle
In Stock
Sorry, please enter a valid US or CA postal code
We're sorry, zip can't be updated at this time.

Hey, guys, Adam here with americanmuscle.com. Today, I'm bringing you a quick overview and installation of the Raxiom LED Brake Light Conversion Kit, available for all 1997 and newer F-150s. In this video, I'll be going over the styling and appearance you can expect from the LED conversion kit when you apply it to your brake lights from Raxiom. Now, obviously, I'll be going over the materials and construction as well, then top the video off with the install, letting you know upfront this will be a direct plug-and-play application, so it will get a one out of three wrenches on our difficulty meter.When it comes to the Raxiom LED Brake Light Conversion Kit I have here today, this will be for any 1997 and newer F-150 owner who might be looking to swap out their factory brake light bulbs, whether it's worn out, just not bright enough, or it's broken, over to an LED conversion that's a lot brighter, a lot redder, and something that grabs people's attention a lot more. This is definitely gonna be beneficial for the guys out there doing a lot of night driving, looking to be a lot more visible to other drivers out on the road, so it does increase safety as well.When it comes to the LED conversion kit I have here today, there really is two sides of the spectrum. There's styling and appearance and then functionality and benefits. Styling and appearance-wise, it's going to be a brighter and more red option over the factory one, in which case it will actually fill the housing a lot more, making it a lot more attractive to people looking at the rear end of your truck. On the opposite side of the spectrum that ties into the styling and appearance aspect is gonna be functionality and benefits. When it comes to functionality and the benefits here, it will make you a lot more visible at your rear end, so if you're doing a lot of night driving out there, guys behind you will definitely know when you're hitting the brakes, making you a lot safer and a lot safer to the other people around you.As far as materials and construction goes here, these operate using a power-saving technology built into the housing, and they will be a lot brighter at 280 lumens, which is very superior to the factory options and superior to a lot of competitors on the market. They also incorporate 48 high-powered LEDs built into each one of the bulbs here, which helps it become as bright as it is and as attractive as it is.As far as the price is concerned, expect to be spending somewhere around the $40 mark, and when it comes to LED conversions, you should expect to be spending more than the factory bulb replacement and obviously less than the HID replacement. These will actually work and operate at the same brightness, if not brighter than HID replacements, so if that's something you were thinking about going for, you can cut the cost in half, nearly in half at least, when it comes to this particular LED conversion kit.When it comes to the installation, overall, it shouldn't take you longer than 15 to 20 minutes to complete. It definitely gets a one out of three wrenches on our difficulty meter. Since they are a direct plug-and-play, all you'd have to do is gain access to the back of the taillights, remove the factory bulbs from their housing, unplug them from the vehicle's wiring harness, and completely swap it out with the LED conversion. It is a wedge-style backing, so it will connect directly onto your factory vehicle wiring harness, making it a very simple application. Repeat that process for the opposite side, and you're good to go. Overall, like I said, 15 to 20 minutes, 1 out of 3 wrenches.Just to wrap things up, if you're the owner of a 1997 or newer F-150, you might be interested in swapping out your factory brake light bulbs for an option that's brighter, redder, and more attractive while also increasing visibility. Now, if that sounds like something you're interested in, check out the Raxiom LED Brake Light Conversion Kit. It's available right here at americanmuscle.com.

Red Brake Light LEDs. Improve the lighting performance of your 1997-2020 F-150 by upgrading your standard incandescent brake light bulbs to LEDs with this convenient Axial Kit. Designed as a direct fit upgrade, these 280 lumen LEDs will last much longer than factory halogen bulbs and will produce an even diffusion of red lighting. Enjoy years of crisp illumination by replacing your brake light bulbs today.

Quality Construction. Featuring durable injection molded terminals and an aluminum base to deliver maximum heatsink, these Axial Bulbs are non-polarized and incorporate 48 high-powered LEDs. With an embedded feature preventing surge blowout and an implant to aid against reverse polarity, these Axial Brake Light LEDs are a superior upgrade over stock.

Simple Installation. These LED Bulbs are a direct fit upgrade for the weak factory incandescent bulbs installed by Ford. Simply remove your stock bulbs and plug these Axial LEDs right in their place. Swapping out your factory turn signal bulbs couldn't get any easier.

Reviews of Axial Lights products have an average rating of 4.2 out of 5 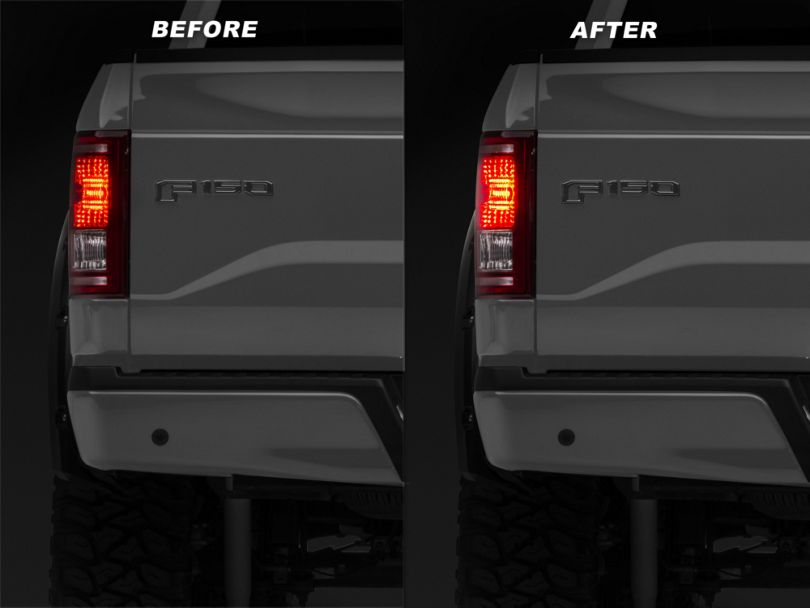 It’s always been a personal goal of mine to have the toy (Mustang) and then the Daily Driver that can get you through all seasons here in the snowy North East, in addition to serving a purpose.  As someone who enjoys doing a lot of handiwork around the house/yard, a pickup truck is a must.  I also l...